What an exciting week I’ve had we went to see our fiends at Sandringham and my Mum went to Church with the Queen again but I was only allowed to watch from the window in Auntie Jayne’s room.  Mum was very happy because she sat very close to the Queen and watched Her Majesty give out Bibles to the Sunday school children who did a play. 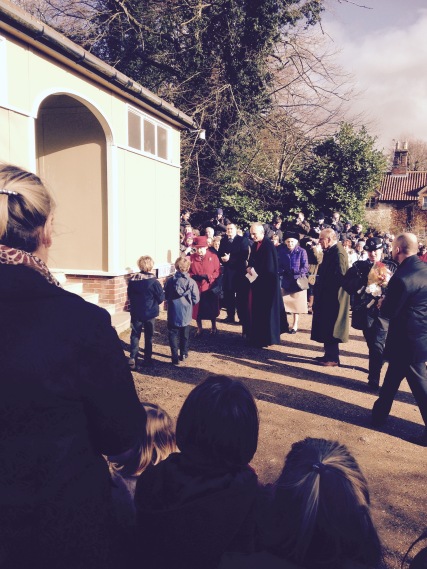 On Monday we went to London to stay with Auntie Pip and Uncle Ewan which is where Mum takes me for a walk in Richmond Park, I love Richmond Park it has lots of deer in it and I think I must look really fierce because the deer run away from me although of course I do not chase them, unlike Fenton who was a very naughty dog.

I made pancakes which I really enjoyed as they were as tasty raw as they were cooked, it’s very hard to toss the pancakes and then catch them in the pan again, Uncle Ewan says it’s an art. I like doing art and can do very clever patterns all over the floors with my paws but I don’t think Mum appreciates it as she runs round after me with a towel and cleans them up which I find a bit hurtful, perhaps in time she’ll understand. 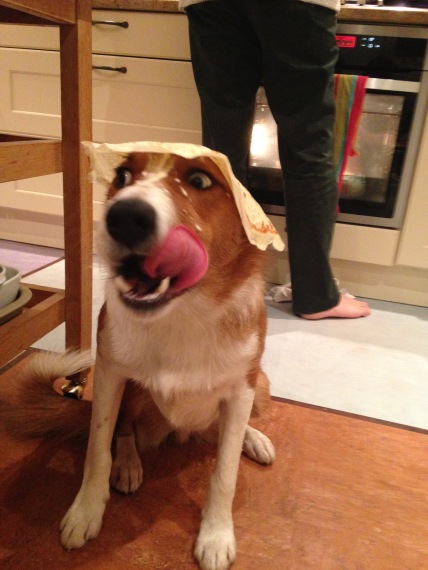 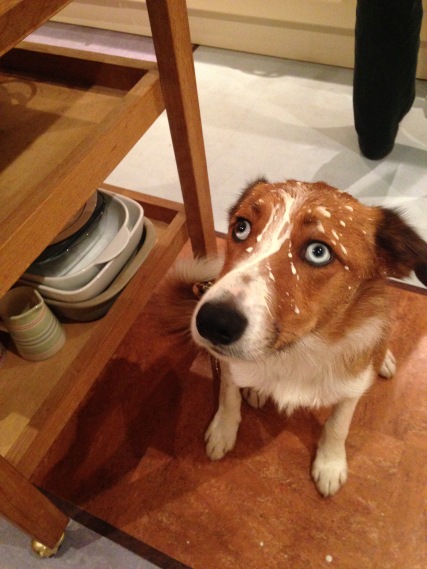 I met my Uncle Matt and he took some photos of me at famous places in London, he is very good at taking photos.

Mum bought me a Hot Dog, which I think they named after me. I think I look pretty good, what do you think, do you have photos of yourselves where you live? I’d love to see them!

We ate at a restaurant called Joe Allen’s which is one of Mum’s favourites and I can see why, they are very, very kind to dogs and it is now one of my favourites too.

I don’t really have much planned for Valentines Day because it has come around so quickly and I have been so busy in London! I hope Moja won’t mind… maybe I should make her a card or something?

Until next time fiends