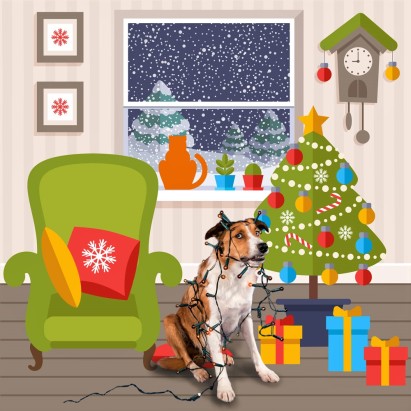 Joyeux Noël, Frohe Weihnachten, Meri Kurisumasu, Felicem Diem Nativitatis, Blithe Yule – these are a tiny selection of those famous greetings from all around the world – you can match them to their country and read all sorts of things about the stories, customs and traditions of Christmas here.

I like; ‘Felicem Diem Nativitatis’ best, which is Latin and hints at the nativity!

I’m playing a shepherd, amongst other parts – a Wiseman and Herod (thankfully, not the donkey), everyone wants to play Joseph but, how could that ever work for one of us fiends!! Paws make it a little tricky to hold small people, even if they are wrapped in swaddling clothes. 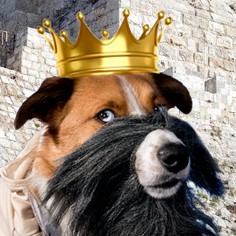 There’s a Christmas Carol about the part the shepherds play in the Nativity, here’s the first verse:

Their flocks by night

All seated on the ground

The angel of the Lord came down

And glory shone around

And glory shone around

So, it seems, one dark night, just outside Bethlehem, where the shepherds looked after their sheep, an angel appeared before them and the glory of God shone around them – they jumped, I would have done too. Luckily, the angel said, ‘Don’t be afraid, I have good news for you – today in Bethlehem a Saviour has been born for you. You will find the baby lying in a manger.’ 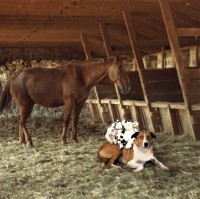 What an amazing experience! When the angel had left, they said; ‘Let’s go to Bethlehem to see what’s happened.’ They headed off and eventually, after asking around as one stable looks much like another, found the baby Jesus lying in a manger and when the shepherds returned to their sheep, they praised God.

Another excellent Christmas carol is the ‘Good King Wenceslas’ one. (Mums have a bit of trouble pronouncing that at Midnight Mass after a couple of dry sherries). Us fiends like the line about ‘the feast of Stephen’ – what was that all about, was it a feast with turkey and those little sausage and bacon things? No – it’s the old-fashioned way of saying; a day that celebrates Saint Stephen. King Wenceslas was a  saintly fella too, the carol tells how he went through the deep snow and freezing weather to help a poor man who had no food or firewood – the gift of food and firewood was ‘a feast’ to the poor man.

You can find all the stories, words and links to singing the Christmas carols here.

Well, fiends I must get back to the Nativity rehearsals, now where’s that tea towel…… 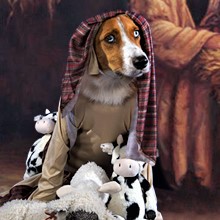